Has it been a month already?

Howdy! I'm just popping in for a quick hi. I can't believe I haven't written in a month. 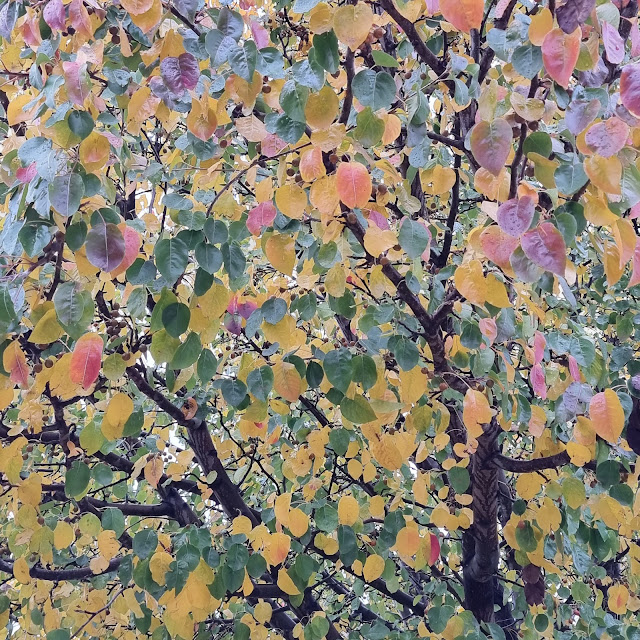 The beginning of winter does that to you. It becomes cold, dark and dank. You shrink inwards and pull cosy things around you. Every now and then you pop your head up to see if there are signs of Spring then suck back down again. 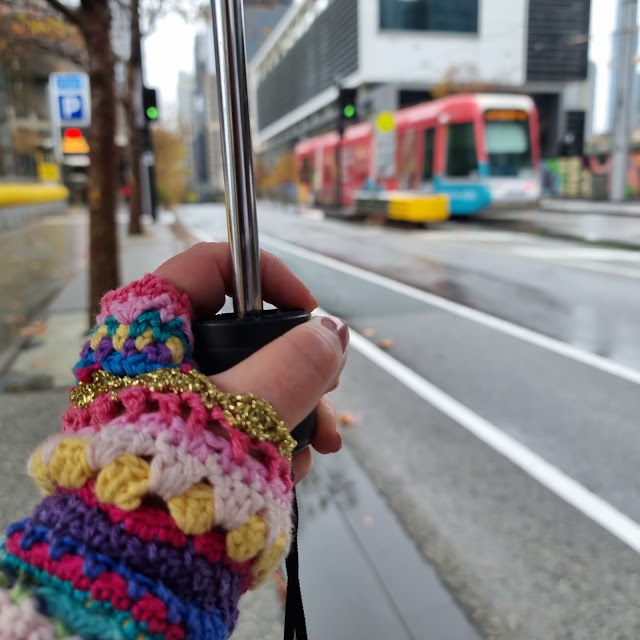 The household has been sick. We've still avoided the spicy cough thank the Goddess but Sonofagun No.2 had the bronchitis. Then no sooner than he was back at school when he was home again with a head cold. The first time he was sick he conscientiously wore a mask when I entered his room, kept his used tissues neatly in a bin, coughed into his elbow etc.

The 2nd time he was sick but just being an arrogant little shit. Can I say that about my own dear darling child? I think I will.

After a few goes at the old nose lollipops (rapid antigen tests), he knew it wasn't the 'Rona so he left tissues lying around, coughed imprudently like it was funny and just spread his germs around like a manspreader on a train.

I was really cranky with him. Then Sonofagun No.1 got it. The Bear followed soon after. And then me. I haven't had a cold since before the pandemic so it was a not so gentle reminder that whilst not severe, colds are still really crap. At this point I can retract the 'little shit' statement as he realised what his germ manspreading had achieved and felt remorseful. Sort of.

I dunno about you but when I'm sick, I just can't share a bedroom. The Bear was sick as well so there was no worries about germs, but you know that thing where you cough or sneeze and they wake and vice versa. It's disruptive! Plus if I hear someone else feeling sick I feel the need to look after them. And I don't want to look after them! So I picked up my pillows, the 'good' tissues, my favourite book, a sheet of codral and some strepsils and dragged myself off to the study/ spare bedroom. 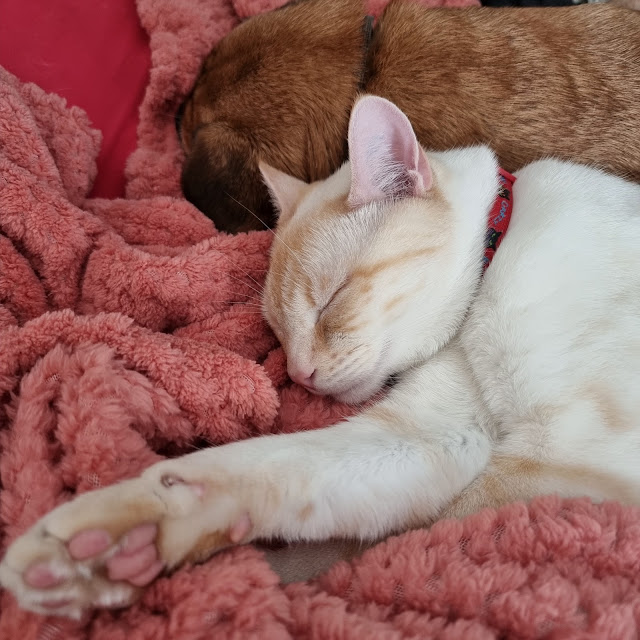 Chuck and 8Track followed me. We all curled up together and watched British period dramas, slept and blew our noses. Now rather suddenly we feel mostly better and I have a little bit reluctantly cleared my sick stuff out and dismantled the nest of cosiness. 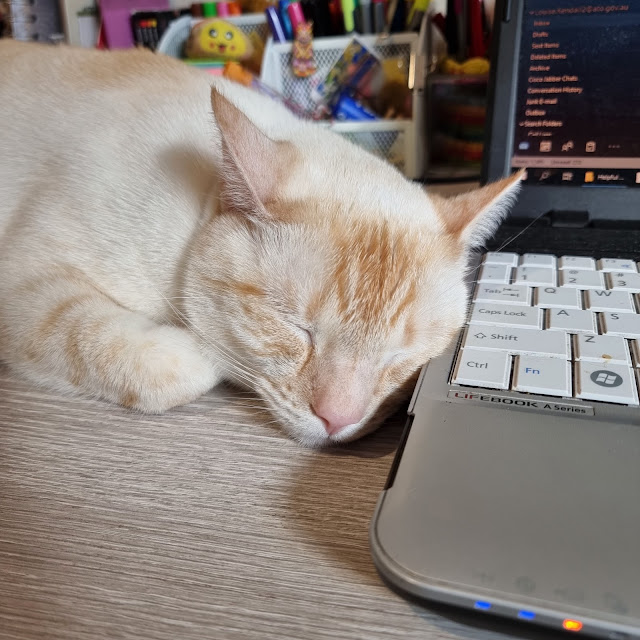 My old Fujitsu laptop is very old. Apparently it's 130 in dog years. Frequently it would throw a tantrum and decide to restart. I'd walk away and make a cuppa, put on some washing, call a friend for a catch up, maybe wash my hair and then after all that it would have finally started up again. Painful and slow.
As you can see in the photo above it blew so much hot air out the side 8Track would snuggle up to it for warmth.  Several keys had stopped working well and it was just so very slow.
I have finally been able to get a replacement. So shiny and pretty! I've never had a new lappy before so I got this baby that's a laptop that can also be used as a tablet. 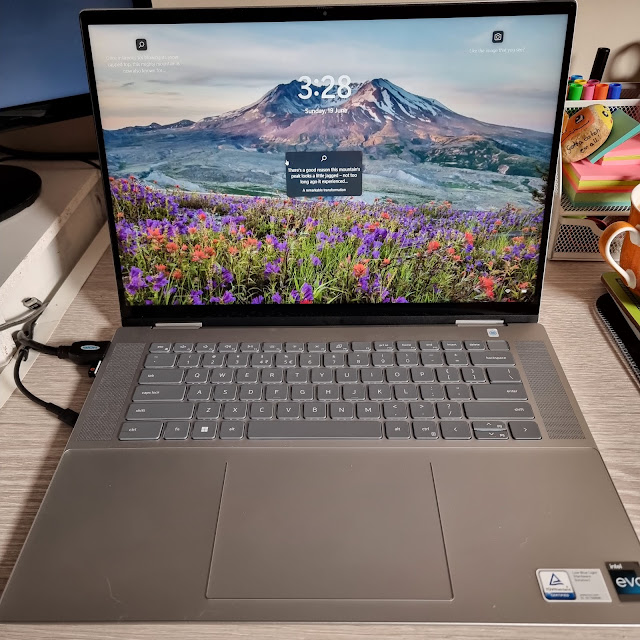 Yikes! Ok as you can see from my smeary screen, it is also a touchscreen. Great Jumping Juniper Bushes it's so new fangled I can barely keep my socks pulled up! 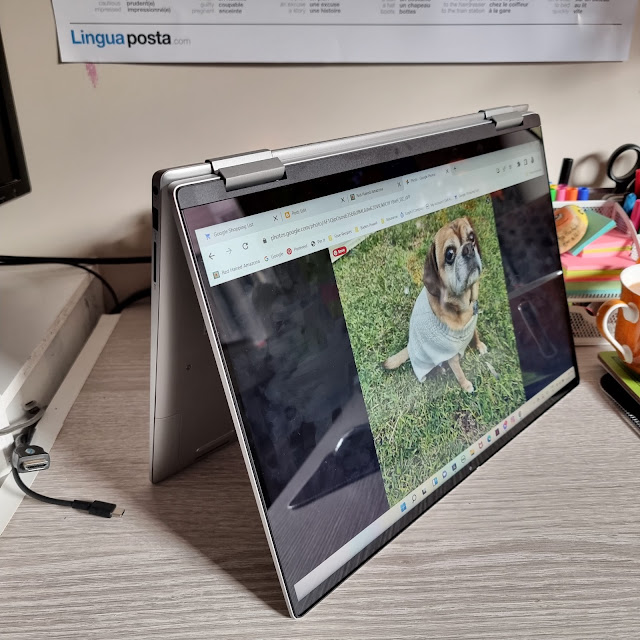 We did venture out recently to watch Top Gun Maverick. I'm not a Tom Cruise fan. Especially since he dumped our lovely Nicole but the guy does make a few good movies and this was crackin'.
Afterwards we cruised past a little space in Werribee where there is a permanent food truck set up. 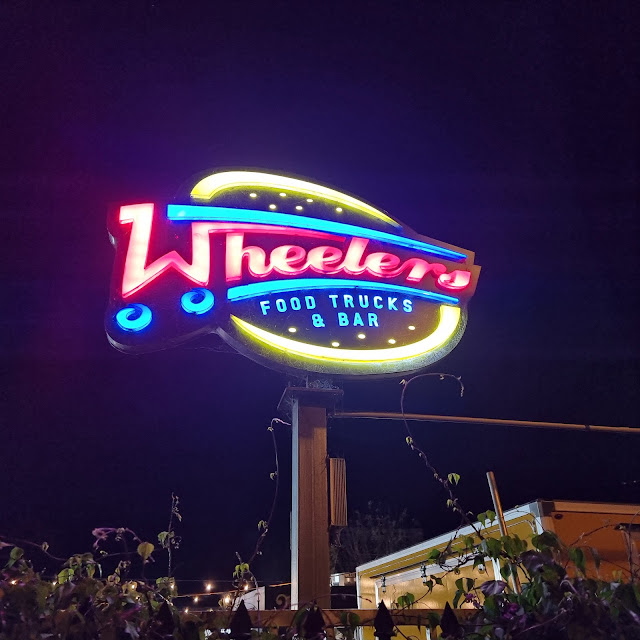 It is only a small set up with maybe 8 trucks selling different foods like dumplings, kebabs, burgers, fish and chips among others. There's also a bar. 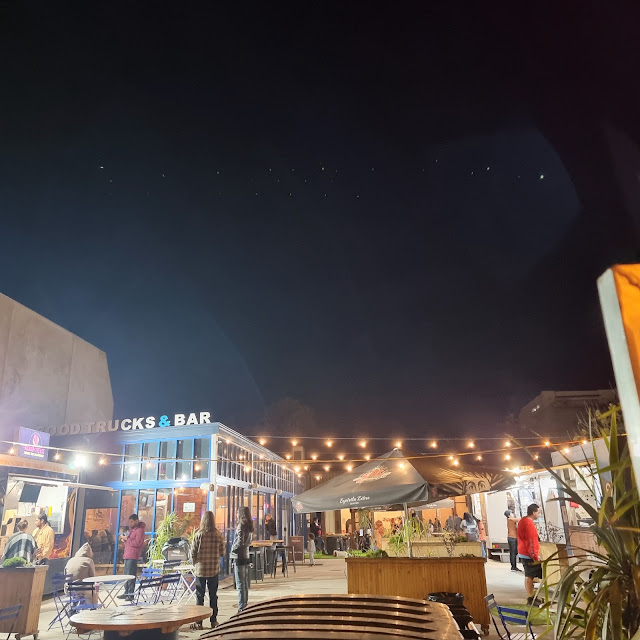 I had a ridiculously calorific and delicious chicken kebab. Garlic sauce. So much garlic sauce. I was in heaven. 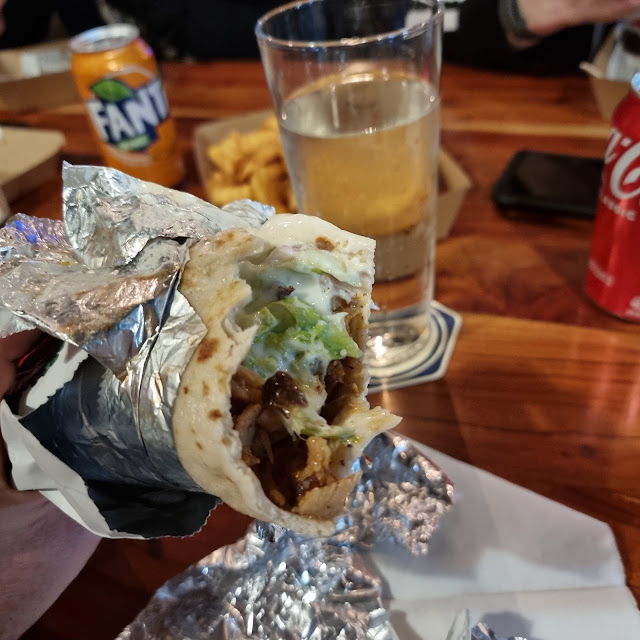 So after that and many equally unhealthy food choices I have had the mothertrucker of all heartburns. My heartburn has heartburn! So I'm now on the good drugs and off the good food. I'm avoiding the citruses, the nightshades, the chocolate, the caffeines and 'sniff' the wine for a little while.
Even my favourite Irish Breakfast tea must take a backseat. It's the pits! Lots of bland food and rooibos tea for me for a little while.
I totally dislike herbal tea. But rooibos isn't that bad and is the closest I can get to an Irish breakfast tea without the caffeine.
See? Looks same same! Tastes like a red bush with milk! 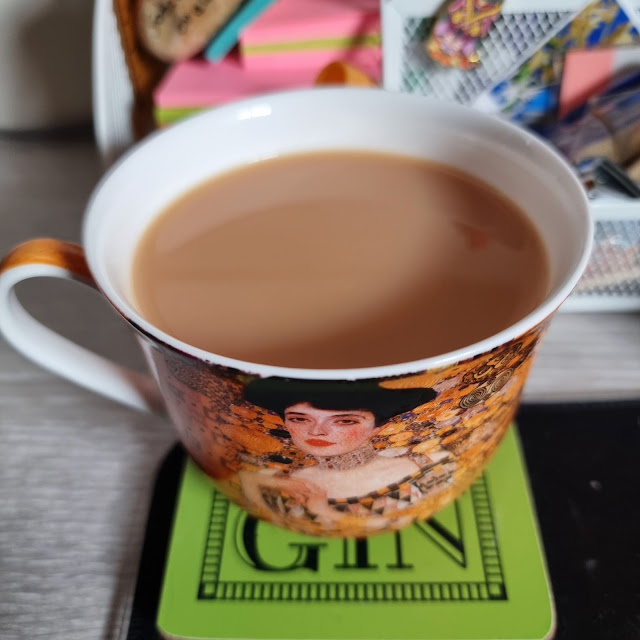 It's only 2 days until the winter solstice and 43 days until August when we start seeing the first teeny signs of Spring but who's counting? 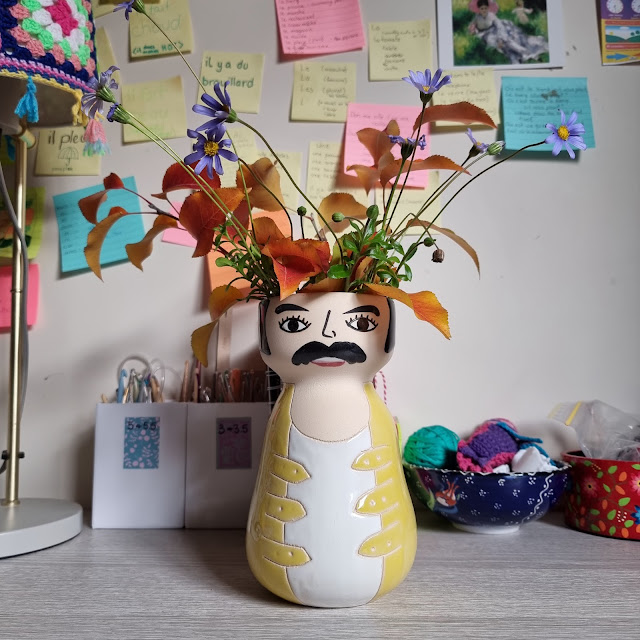